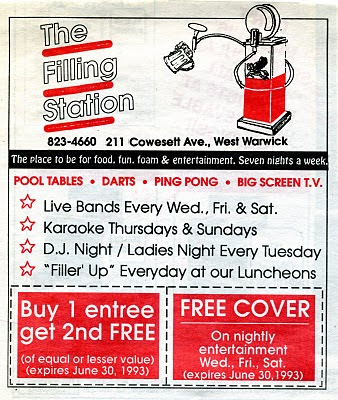 which later became the Station nightclub


The Station Fire - was the fourth-deadliest nightclub fire in U.S. history, killing 100 people.
The fire began at 11:07 PM EST, on Thursday, February 20, 2003, at The Station, a glam metal and rock and roll themed nightclub located at 211 Cowesett Avenue in West Warwick, Rhode Island.

The fire was caused by pyrotechnics set off by the tour manager of the evening's headlining band, Jack Russell's Great White, which ignited flammable sound insulation foam in the walls and ceilings surrounding the stage. A fast-moving fire engulfed the club in 5½ minutes. In addition to the 100 fatalities, some 230 people were injured and another 132 escaped uninjured. Video footage of the fire shows its ignition, rapid growth, the billowing smoke that quickly made escape impossible, and the exit blockage that further hindered evacuation.