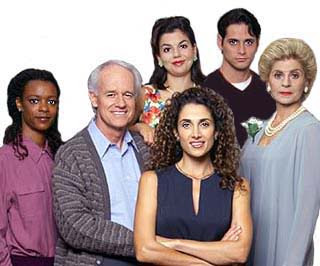 
"about Sydney Hansen, a young plastic surgeon who became disillusioned
with her career and life in general. She decided to return home to her“roots”

and to her family in order to find some meaning in her life. The show starred
Melina Kanakaredes, Mike Farrel & Concetta Tomei."Originally aired
January 1999 to December 2002.The theme song was “In My Life”written by
John Lennon & Paul McCartney- performed by Chantel Kreviazuk.
Posted by Jen at 10:59 AM