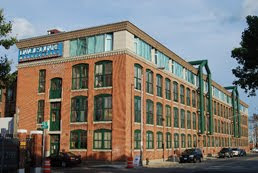 DAVOL MARKET PLACE,
At Point & Eddy Street, Providence.
Originally The Davol Rubber Company - founded in Providence in 1874
to produce rubber medical and surgical devices, such as hot water bottles and
catheters. In 1934, the company began the manufacture of the Foley catheter.
Since Davol Rubber left, the building has had a series of tenants.
The short-lived Davol Square Marketplace mall occupied the building complex
in the 1980s. Later, it housed a mini-convention center for the costume jewelry
industry for a short while. Various projects associated with Brown University have
rented space in the building for many years, and the university recently
announced plans to buy several buildings in the area. 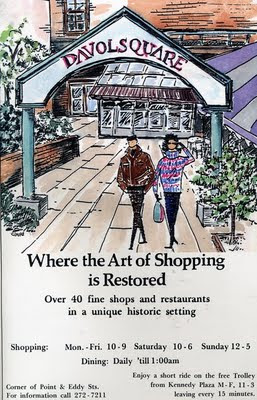